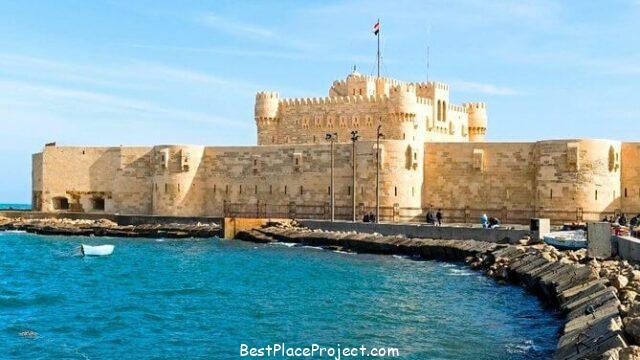 The distance between Cairo to Alexandria is 220 kilometres.

Alexandria, one of Egypt’s most romanticized cities, was one of the greatest centers of study in antiquity and the residence of Egypt’s last monarch, Queen Cleopatra.

After Napoleon’s invasion of Egypt in 1798, Alexandria grew into one of the most multicultural and cosmopolitan cities in the Mediterranean.

In the early 20th century, writers like Laurence Durrell and the poet Cavafy praised Alexandria in their writing.

It is now a fantastic destination for a quick trip from the capital thanks to its combination of museums, ancient ruins, the lovely Bibliotheca Alexandrina (a modern reimagining of the ancient Library of Alexandria), and dilapidated seafront architecture, where you can still catch a whiff of Belle Epoque atmosphere.

1. From Cairo to Alexandria by Train

By far, the best way to get to Alexandria on public transportation is by train.

There are several trains that run between Cairo and Alexandria every day between 6 a.m. and 10:30 p.m., and you can choose between two different classes of service.

Because they stop more often, the “Spanish” trains take about 3.5 hours to make the same trip.

There are seats in both First Class and Second Class on both trains. First Class is better because the seats are more comfortable, there is more space, the air conditioning always works, and the bathrooms are kept in good shape.

One problem with taking this train route is that buying tickets at Cairo’s Ramses Station and, to a lesser extent, at Alexandria’s Misr Station is a mess.

To avoid stress on the day of your trip, it’s best to buy your ticket the day before, or you can buy it online on the Egyptian National Railways website.

From Alexandria’s Misr Station, the Kom Al Dikka archaeological site is a short walk away, and the seafront and the Alexandria National Museum are both easy walks through the city centre.

2. From Cairo to Alexandria by Private Tour

If you want to take a day trip from Cairo to Alexandria, the easiest way to get there is to book a private tour. Many hotels and tour companies in Cairo can help you set this up.

Most people choose to have a guide and driver for the day, but if you’re happy to visit Alexandria’s historic sites on your own, you can choose to have just a driver, which will lower the cost of the tour.

You can change many tours to suit your interests. The main places you should visit, even if you’re making your own tour, are the Bibliotheca Alexandrina with its Antiquities Museum and Manuscript Museum in the east of the city, the Catacombs of Kom Ash Shuqqafa and Pompey’s Pillar and the Temple of Serapeum in the western suburb of Carmous, Fort Qaitbey at the tip of Alexandria’s eastern bay (where the Pharos lighthouse, one of the ancient world’

Day tours from Cairo usually include time for lunch at one of Alexandria’s well-known fish restaurants, but the price of the tour doesn’t usually cover lunch.

If you just need a private one-way transfer, the Private Transfer from Cairo to Alexandria is a reliable service that will pick you up from anywhere in Cairo, including Cairo Airport, in a car or minibus that fits your group’s needs and take you to any hotel address in Alexandria. All of the vehicles are nice and cool, and all of the drivers speak English.

The Over Day to Alexandria from Cairo is a full-day private tour guided by an art historian who specialises in the history of Alexandria.

The tour picks you up and drops you off at any Cairo hotel and takes you to Kom Al Dikka, the Catacombs of Kom Ash Shuqqata, Pompey’s Pillar, the Temple of Serapeum, and Fort Qaitbey. Lunch and tickets to see sites are not included in the price of the tour.

The Tour to Alexandria from Cairo by Car is another good private tour. Unlike many other tours, it includes all site entrance tickets and a seafood lunch in the price, which makes it a great choice for travellers who want a stress-free day out.

The tour starts and ends at any Cairo hotel and goes to Pompey’s Pillar and the Temple of Serapeum, the Catacombs of Kom Ash Shuqqata, Fort Qaitbey, and the Bibliotheca Alexandrina in Alexandria. It is led by a professional Egyptologist.

3. From Cairo to Alexandria by Bus

Between Cairo and Alexandria, there are a number of bus companies. This option is convenient because it runs at least once an hour between 5 a.m. and 11 p.m., but the bus stations in Alexandria aren’t in the city’s centre.

From Cairo, SuperJet, West & Mid Delta, and other bus companies leave from the Cairo Gateway Bus Station in the city’s centre.

In Alexandria, these services arrive and leave from the Al Moaf Al Gedid Bus Station in the suburb of Moharam Bey, which is about seven kilometres inland from the seafront city centre.

Go Bus is the other major bus company that runs between Cairo and Alexandria. Their buses leave and arrive in Cairo from their office near Tahrir Square, which is across from the Egyptian Museum.

4. From Cairo to Alexandria by Minibus

The minibuses (called “microbuses” in Egypt) that run between Cairo and Alexandria are one of the fastest ways to get between the two cities. They run all day and night.

Unfortunately, because many microbus drivers drive recklessly (which is why they’re so fast) and because the seats are so small, this isn’t a great way for short-term visitors to get around.

Microbuses to Alexandria leave from a stand near the entrance to the Ramses Train Station in central Cairo. These buses can usually hold 16 people.

They leave when they’re full. Due to how popular the route is, you rarely have to wait more than 20 minutes for the microbus to be full. Most of the time, it takes about 2.5 hours to drive between the two cities, but it depends on how busy the roads are when entering and leaving the cities.

In Alexandria, microbuses come and go from right outside Misr Train Station, which is in the middle of the city. From there, it’s easy to walk to the city’s sights and the beach. The price of a ticket is about 50EGP ($3.50), and you pay the driver directly.

If you ride one of the microbuses, don’t expect normal safety features like seatbelts or a driver who keeps the headlights on all the time when travelling at night.

I love traveling and exploring new places and this website is all about listing all best places in the world that you can go and explore. 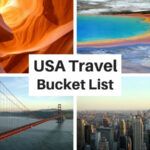 25 Best Places to Visit in the United States 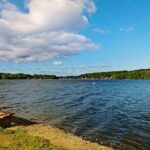